Small update that only affects people who sign up for Patreon in future (ie, does not impact current subscribers) — we’re now on Patreon’s new subscription billing system.

The new system does a charge+access on signup, and then again one month later (like netflix or almost all internet subscription systems — not tied to the first of the month).  You can confirm your next bill date by checking your next charge date at checkout (or after sign-up: in your Active Memberships tab).  Definitely seems a lot more logical than Patreon’s original model and I’m glad it’s being offered.

The biggest upside is this means no more waiting until the first of the month for new Patreon users!  Depending on how fast Patreon API is, it may activate as quickly as instantly, after 30 minutes, or if the API is being slow, may take up to three days.  In any case, a lot faster than waiting potentially weeks for a charge if you backed at the wrong time of the month before.

The downside is behind the scenes, Patreon API now doesn’t provide me the same useful information that I used to be able to rely on.  I ended up having to rewrite the API integration another two times, now with more error-prone data, but it appears to all be working now. (BMT and most other payment processors provide a lot better data in this regard, but that’s a rant for another time).  The takeaway is if you back, and it takes more than three days, please contact me so I can figure out what’s going on.  Though as of this writing, everyone’s access appears correctly set, so we should be all good to go.

Also, I went ahead and enabled support for annual memberships, as a few people said they’d like this in the survey — currently though the annual plans are just for convenience (same cost).  (In terms of other, potentially more significant changes in future, I’m still carefully considering the results of the survey — thanks to everyone who filled it out!  I was surprised to see as many responses as I did, and some of the comments were very uplifting to read, thank you <3)

Content-wise, things are slowly moving forward for the upcoming sewer expansion content DLC chapter.  Hey, it’s hard to code quickly when you’re a sluggirl :p  One of the more interesting new items implemented since last post is a level limit piercing / ‘Easy’ tattoo, that locks your level to level 1.  That’ll be helpful for revisiting the sewers so you’re not overpowered (or if you’re just looking for a hard time~).  As a reminder, if you’re watching stuff happen in the WIP build, please do NOT overwrite over your stable version saves.  (WIP is usually a hot mess so save/load is likely to get corrupted, only saves from release/non-wip versions are supported.)

Anyway, that should about wrap things up for now.  More to come…

TLDR: if you’re an existing patron, there’s no change to your billing date or schedule — the new billing system only impacts new sign-ups, who can now get access more quickly.

Hello! Periodically, I like to poll the community to get your thoughts about the pricing of the game/tiers. The last time we did this was at the beginning of 2018 and quite a lot has changed since then.

With that in mind, I’d appreciate if you could complete this survey. It should only take ten minutes.

Thanks for answering the survey as it will help inform me of your thoughts.

Doing a quick round of bug fixes since there were some (unintentional ;)) softlock situations, along with some problems with the map displaying weirdly on load. New build is released in both full version and demo flavors. Also one new map feature since I was already in the map code: 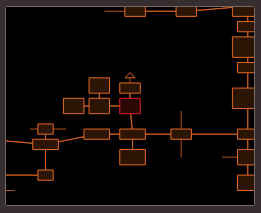 r41.6 is now out in both demo and subscriber builds.  Read on for information on the changes and future plans:

You can now install the game to your PC or mobile device.  Then you can launch it from your start menu or home screen: 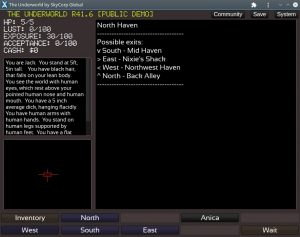 As this is built as a PWA (a kind of lightweight web app), no special permissions or manual updating should be required.  Under the hood, it’s still just the website… but easier to get to now.

In addition to the existing landscape orientation, you can now play the game in portrait mode.  This is especially helpful for new mobile players who may be confused by having to rotate their phone to get the UI to resize correctly.  Here’s a before/after for comparison: 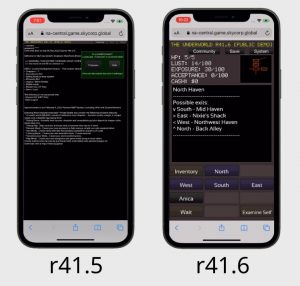 In addition, the game does a better job of resizing to fit the available space.  So there should be less instances of buttons clipping offscreen on mobile devices when the browser URL bar pops in and out.

As you may have noticed from the above screenshots, some buttons are now colorized to help differentiate them (ie: navigation).  This can be disabled in settings if you prefer the old style.

Fixes for the following issues:

It’s taking a while, but I’ve got some cool stuff coming for the next DLC content update.

A little reveal… it’s a return to the sewers area~  If you enjoyed becoming a titslug, get ready to spend way longer as one 😉

I’ve also been experimenting a bit with trying to advertise the game more.  In addition to a new fancy landing page, I’ve also been making some GIFs.  Here’s an ad you may have seen on a website or two:

And I have a new one coming, also:

The fox gif features brand new artwork, which was created by Alewdamao.  The GIF version can be downloaded at the top of the page, or here are the HQ stills:  1, 2, 3, 4.

We’ve wrapped up the voting for the fan art contest, you can see the results at the bottom of the page here.  These arts all came out so great! I’m hoping to do another fan art contest like this again in future at some point.

Sly is also sponsoring a really quick game sub giveaway in our Discord right now. If you’re seeing this late, don’t worry too much– rumor is there will be another one in future~ 😉

(Open to all 18+ persons, no purchase necessary to enter)